In the piping industry, PVC pipe fittings are known as those piping components which contribute to changing the direction of the flow of the current. The components that help in changing the size of the pipe are coined as reducers, reducing tees. At the same time, connectors are those that are referred to as couplings and the ones that work in stopping the flow are known as Caps.

The different kinds of components that are used in piping works are majorly known as Elbow, Coupling, Union, Reducer, Tee, Cap, Plug and Valve.

Today, we take the initiative of explaining to you all the different piping components present in the piping industry.

There is a thing about elbow that its use is more than any other pipe fittings. It gives flexibility to alter the direction of the pipe. It is one of those pvc pipe connectors that is primarily used and  is mainly available in two of its standard types 90° and 45°. Moreover, it can be cut to any of the degree too. These are available in two radius kinds, Short radius (1D) and Long radius (1.5D). 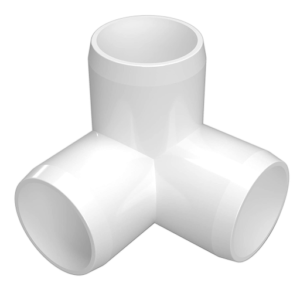 To change the direction of the pipe by 90 Degrees, elbow of 90 Degree is placed between the pipe. It is offered in both long and short radius forms.

To change the direction of the pipe by 45 Degrees, elbow of 45 Degree is installed between the pipe.

A pipe reducer is commonly used to change the size of the pipe. Two types of reducers are used in piping- namely Concentric & Eccentric.

The pipe cap is the one that is responsible for covering the pipe end. They are generally used at the dead-end of any of the piping systems. It is also used in piping headers in case of future connections. 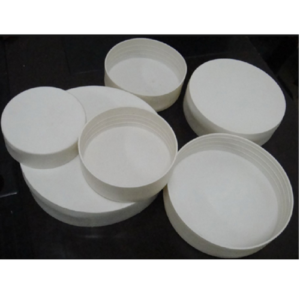 There are piping unions which are used as another option to flange connection in low-pressure piping where the pipe dismantling is demanded quite often. These can be the threaded end or also socket weld ends. You will find three pieces in a union, a nut, a female and a male end. When both the female and male ends are joined together, the nuts give the demanded pressure to shut the joint.

When it comes to pipe coupling, there are three types of coupling that are available in the market; 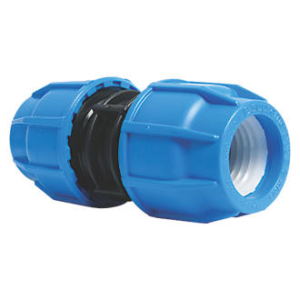 
Full Coupling is considered for connecting small bore pipes. It is used to join pipe to pipe or pipe to swage.

Half Coupling is considered for small bore branching and that from a vessel or huge pipe. It can be socket type or threaded. But it has a socket or thread end just on one side.

Reducing coupling is considered for connecting two various sizes of pipe. It is like a concentric reducer which is used to maintain a centre line of the pipe but at the same time it is small in size.

These are all the different components that are included in the piping system. To give you one of the best services, you can surely count on Durga Electroplast as they ensure all the best products while ensuring the quality and durability so that you don’t have to worry again and again. Going for Durga PVC pipe fittings can turn out to be a wise decision indeed.