PVC, or Polyvinyl Chloride, has played a crucial role in the development as it finds huge application in different industries including engineering, health-care, construction, and technology. You might not know that PVC is one such synthetic plastic polymer which is third-most used all over the world.
And, the PVC pipe fittings is one of its greatest products that is used widely everywhere from homes to businesses to construction sites.

More than half a century, PVC has been used, and there are so many reasons why. Here, we dig deep into some of the most riveting facts about them:

1. PVC Has Got Two Forms

There are two general forms when it comes to PVC: flexible and rigid. PVC is turned flexible and softer by adding plasticizers to it like phthalates. On the other hand flexible PVC is used in the case of electrical cable insulation and as imitation leather, and as a replacement to rubber.
PVC, when it comes to its rigid form is used in different industries like plumbing, bore well, sewage, and agriculture for products like high strength pipes.

You might not know but PVC is a sought after material across the world and has different applications as it is highly durable. Some of the key features of PVC are resistance to chemical corrosion, rotting, abrasion, and weathering. Another prime feature of PVC is that it is a lightweight material that gives a technical benefit in the construction industry.
And as PVC’s material is lightweight, it can be quickly installed. Therefore, it is highly accepted in the plumbing sector. Also, Flexible PVC pipes can turn out to be the best investment in today’s date. 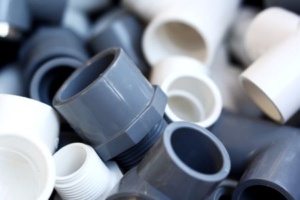 Another cause for the colossal popularity is cost-effective, which makes it the holy cup of materials used in the construction sector. As low as the cost of PVC already is, its value is embellished by prime properties like lifespan and low maintenance.

PVC has a high level of chlorine that eventually makes it resistant to fire. Even though PVC products may burn when they’re exposed to fire, they are, still, self-extinguishing. The chlorine here reacts with element oxygen, which reduces its absorption. After that, when it is exposed to fire, it swells and makes a condensed layer which cuts down the supply of oxygen. 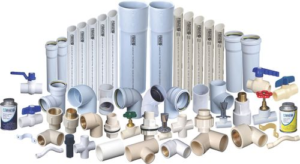 In 1872, German chemist Eugen Baumann accidentally discovered PVC. He found the polymer in a flask of vinyl chloride which was left in the sunlight. History says that PVC was incidentally discovered by French chemist Henri Victor Regnault in 1835. Both of these people labelled PVC as polymer but never went ahead and patented them.

6. A Considerate Percent Of PVC Is Solely Used For Pipes

The PVC that is produced annually, almost half of it is used for pipes, for industrial and municipal sectors. Hence, there’s a huge market for PVC pipes.

7. PVC Can Be Recycled

As PVC can be reformed at extremely high temperatures, it opens a complete new world of possibilities when it comes to recycling and reuse. Moreover, recycled PVC is broken down into small chips and purified to pure white PVC after removal of the impurities.

These are the greatest interesting facts about PVC that you must be unaware of. Have a look at them and then decide whether you want to invest in it or not.
And if you’re looking for one of the emerging PVC pipe fittings, then Durga Electroplast is here to serve you with the best products ever.